ANR Founder said despite the fact there would be no NYC if it suffered such an attack, the video seems more of a propaganda tool to scare New Yorkers into thinking Russia is a threat. Despite the West being the threat to the world, whilst ever it’s run by billionaire elite Oligarchs that hide in the shadows of society.

These families that have almost $1 trillion in combined net worth and own Western Media, and the Military Industrial complex and control Western Intelligence Agencies and think calling everything a conspiracy theory will see them not exposed.
They profit from war and to rule the world, must keep Europe and Russia divided as they did in WW1 and 2. But it’s too little too late, as the fall of the cabal and the West with it continues at ever accelerating rates. 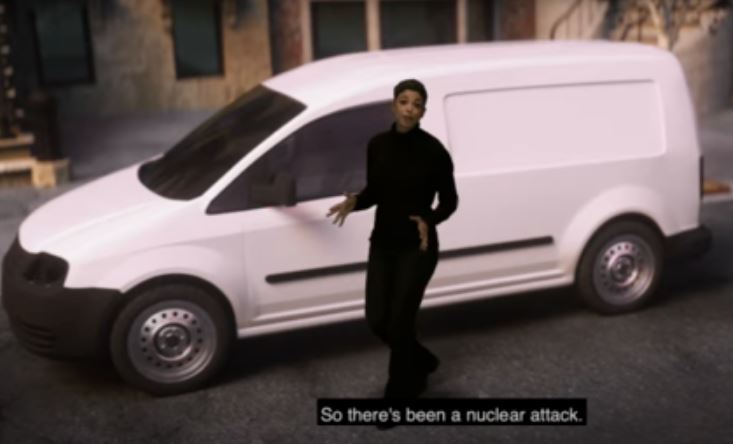 New York City’s Emergency Management Department on Monday released a 90-second video advising residents what to do in case of a nuclear attack. Officials said there was no specific threat of an atomic attack, only that now was as good a time as any to release the public service announcement.

The video opens with a female presenter appearing against a computer-generated background showing the city.

“So there’s been a nuclear attack,” she says. “Don’t ask me how or why, just know that the Big One has hit.”

She then tells New Yorkers there are three “important steps” they need to take, starting with getting inside a building as fast as possible. Step two involves barricading inside, preferably in a basement, and showering off any dust or radioactive residue if one was caught in the blast outside – and survived somehow. The final step involves staying tuned to the media and the government to give an all-clear.

“As the threat landscape continues to evolve, it is important that New Yorkers know we are preparing for any imminent threats and are providing them with the resources they need to stay safe and informed,” EMD commissioner Zach Iscol said in a statement.

A nuclear attack is a “low probability” but would have a “high impact,” his deputy Christina Farrell told the radio station 1010 WINS. “I don’t know if there’s ever a great time to put out a nuclear preparedness PSA, but it is very important, and we want New Yorkers to be prepared—so no time like the present.”

“We know that this material is very serious and can be scary, frankly, but it is very important,” Farrell added. “There is no specific threat at this time.”

While Iscol and Farrell addressed the main question about the PSA – its timing – the public has asked about on social media, more than a few skeptics pointed out that the advice in the video is of questionable value in case of an actual nuclear war. Monday’s release reminded many of the “Duck and Cover” advice prevalent in the early years of the atomic age.

“This is about as helpful as hiding under a blanket,” said one Twitter user, pointing out New York City would simply be “gone.”

Another posted a map illustrating what a 15-megaton thermonuclear blast over Manhattan would do, suggesting there might not be anyone alive to follow the instructions.

*closes window*
That oughta do it pic.twitter.com/9POrYZMae4