Almost uniquely, Moscow gets on with all the major regional players – it needs to harness this to its advantage.

This week, Russian President Vladimir Putin travels to Tehran for a summit of the guarantors of the so-called Astana process, which aims to find a political settlement in Syria.

Apart from a joint session with the other two participants, Iran’s Ibrahim Raisi and Turkey’s Recep Tayyip Erdogan, Putin will hold talks with each separately. The visit comes soon after the Russian leader’s trip to Tajikistan and Turkmenistan – the latter for the Caspian summit that brought together Azerbaijan, Iran, Kazakhstan, Russia and the host state. Foreign Minister Sergei Lavrov, for his part, has recently traveled to Algeria, Bahrain, Oman, and Saudi Arabia, where he also met with counterparts from the Gulf Cooperation Council countries.

With relations between Russia and the West beyond repair for the foreseeable future, Russian diplomacy is focusing on non-Western countries, and the Middle East and North Africa feature prominently in Moscow’s new foreign-policy geography. Since Russia’s spectacular return to that part of the world in 2015 by means of a military intervention in Syria, the MENA region has been the principal area where Moscow’s post-Soviet approach to foreign affairs has taken shape, and where it has been most successful. Key elements of that approach have included: focusing strictly on Russia’s own national interests, while acknowledging the concerns of regional states; being flexible and able to manage differences with the main partners; staying in touch with all relevant players, while neither patronizing nor antagonizing anyone; managing relations with states which see each other as antagonists; and refraining from imposing any selfish design or demands on the region.

This has worked, so far. Not that Russia’s record in the Middle East is impeccable – it has had its share of mistakes and failures – but it has been remarkably better than in many other parts of the world, including some much closer to home. This is even more remarkable when you consider the diversity of the Middle East and the intensity of conflicts there. As a result, this pattern of foreign policy making, based on profound knowledge of, expertise in, and empathy toward the region, which has miraculously survived –and expanded– in various agencies in the immediate post-Soviet years, makes it a useful template for adapting to other regional dimensions of Moscow’s global foreign policy.

Since the start of the Russian military campaign in Ukraine, the importance of the MENA region to Moscow has grown substantially. With the airspace over the European Union off limits to Russia, Istanbul has turned into the main air transport hub for Russian travelers heading west. Wealthy Russians, no longer welcome in London, have flocked to Dubai. Meanwhile, the collapse of commerce along the traditional trading routes across the Russia-EU borders, the Baltic and the Black Seas gives a powerful boost to the North-South corridor from St. Petersburg to Mumbai via Iran and the Caspian.

Turkey has emerged as the preferred venue for Moscow’s official contacts with Kiev and – along with Armenia, Azerbaijan, and the United Arab Emirates – it’s now one of the few places where Russians and Westerners can have a dialogue on de facto neutral ground. Of fundamental importance, of course, is the refusal of Middle Eastern countries to join the US-led sanctions war targeting Russia. In the Kremlin’s optics, not being against Russia means being friendly toward it.

This enhanced importance of the MENA region calls for revising upward Moscow’s regional strategy. Its general goal would remain maintaining functioning, friendly relationships with the countries of the region, to promote economic cooperation – in defiance of the sanctions regime – and to protect security along Russia’s southern borders. Some of the principal building blocks of that updated and enhanced strategy could include:

While the updated strategy does not completely shun interaction with Western countries – e.g., on the Syrian conflict or on the Iranian nuclear program, it needs to view the West, primarily the United States and the European Union, as opponents seeking to completely isolate Russia. As such, the West’s policies will aim at defeating Russia’s regional strategy. Cooperation with the West in these circumstances has to be limited to the few issues that serve Russian interests and are in line with the values supported by the Russian people.

Given that – with the exception of Iran and Syria – all other MENA countries maintain active and close relations with Washington and depend on the US for political support, financial or military assistance, technology or access to the American market, Russia’s strategy needs to be resourceful in dealing with the obstacles and limitations imposed by those dependencies, while offering tangible benefits to Moscow’s regional partners.

At the same time, Russia will need to engage its major strategic partners, China and India, with a view to coordinating their policies on the Middle East, to the extent that it’s both feasible and advisable. 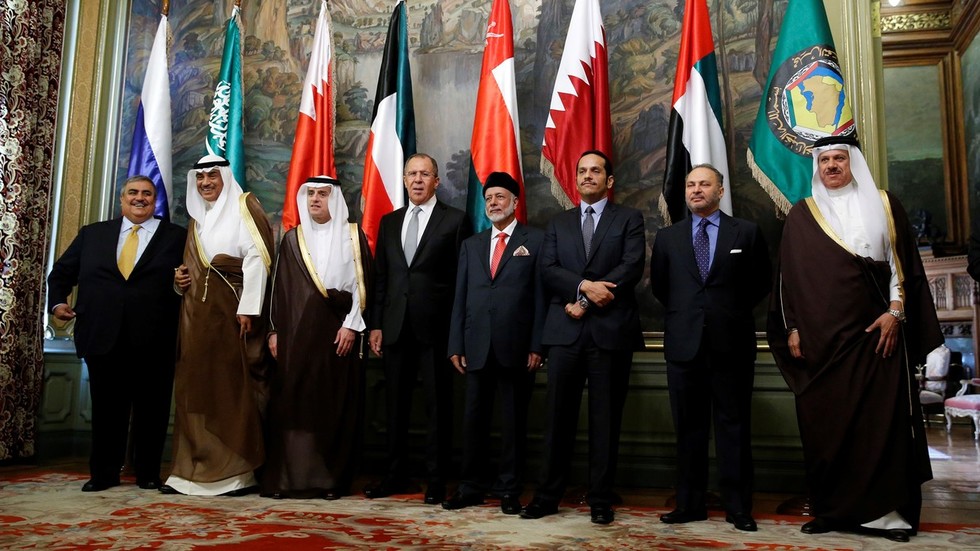