WikiLeaks founder was subjected to ‘especially cruel’ treatment after extradition to US was approved in UK, Stella Moris has said.

Julian Assange was strip-searched and moved to a bare cell on the very day the UK Home Secretary Priti Patel approved his extradition to the US, the WikiLeaks founder’s wife, Stella Moris, told journalists on Thursday. The 50-year-old remained there for a weekend as prison guards searched his own cell, she added.

“Prison is a constant humiliation but what happened on Friday felt especially cruel,” Moris, who married Assange in March, has said, adding that the guards had told their inmate that it had all been done “for his own protection.”

According to Moris, the guards were looking for any things that could be used by a person to take their own life. In the bare cell where Assange was placed, the guards checked his status every hour until he was allowed to return to his cell on Tuesday.

The WikiLeaks founder currently remains in the maximum security Belmarsh Prison in south-eastern London, having been placed there in April 2019 as the UK was deciding on his extradition to the US. On June 17, Patel approved his transfer to US custody.

A British court had initially refused the extradition request on the grounds that Assange may otherwise kill himself, or that he’d be subjected to inhumane treatment in US detention. But Washington successfully appealed the ruling, offering the UK assurances that the Australian’s rights would be observed.

“The fact he is imprisoned while this outrageous extradition proceeds is a grave injustice in itself. He needs to deal with all that, while preparing for a complex appeal to the High Court,” Moris said. Assange still has a right to appeal the decision within 14 days of June 17.

“This kind of thing never becomes more tolerable. Any person would find it degrading. The mental strain on Julian is enormous as it is, having to process what is essentially a death sentence,” Moris said, adding that extradition to the US would “drive him to take his own life.”

It is not some “regular discussion about mental health,” she has insisted, adding that “we are talking about driving a person to take their own life.”

Moris, who has two children with Assange, has vowed to “use every available avenue” and “every waking hour fighting for Julian until he is free.” John Rees, a leading member of the campaign aimed at making the authorities free Assange has also branded Patel’s ruling “illegal” and said the WikiLeaks founder’s supporters “need to redouble our efforts to stop the extradition.”

The UK Home Office said last week that the British courts “have not found that it would be oppressive, unjust or an abuse of process to extradite Mr. Assange,” adding that they also believed his rights would be observed.

Assange has been a target for the US since 2010, when WikiLeaks published a trove of State Department cables and Pentagon documents that depicted alleged war crimes committed by US forces in Afghanistan and Iraq. He has since been accused of attempting to hack Pentagon computers and is charged under America’s Espionage Act, over WikiLeaks’ publication of classified materials. If extradited to the US, he might face up to 175 years behind bars. 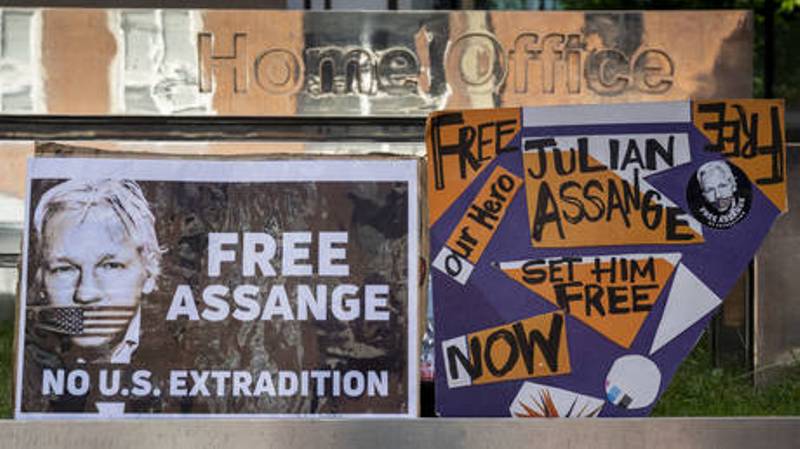