The stock of electric vehicle (EV) manufacturer Tesla (NASDAQ: TSLA) was among the best-performing equities emerging stronger from the pandemic as investor interest turned to technology-centered products. However, moving into 2022, Tesla’s market capitalization has been bleeding, losing significant value due to a combination of different factors as the economy attempts to find a footing amid the prevailing uncertainty.

Despite Tesla’s losses, the company still commands a significant market capitalization compared to competitors, with BYD ranking a distant second at $92.84 billion, followed by Stellantis at $45.14 billion. Great Wall Motors (GWM) has the fourth highest market cap among EVs at $30.01 billion, with SAIC Motor ranking fifth at $24.55 billion, followed by Li Auto in the sixth spot with a capitalization of $19.20 billion.

The valuation of Tesla gained momentum from the lows of early 2020 amid sustained investor interest in electric vehicle and technology stocks. However, the stock has taken a hit considering the firm’s future growth primarily defined a significant part of Tesla’s valuation to meet rising demand in the EV space. In this case, Tesla can be viewed as a speculative stock.

The prospects of Tesla have been weighed down by soaring inflation, aggressive Federal Reserve interest hikes, geopolitical tension, and the prevailing fears of a possible recession.  Following the sharp drop, critics of the company have also maintained that the stock is undergoing a bubble burst after skyrocketing in 2020 to its new all-time highs. Overall, the macroeconomic factors have likely pushed jittery investors to dump their stocks amid concerns about extended economic decline.

Indeed, Tesla’s market cap decline also aligns with the trajectory of most tech stocks, where companies in the space earn high valuations banking on future profits. These factors leave them more vulnerable in phases of economic downturns. However, Tesla’s situation seems unique due to other underlying factors like shareholder concerns about the firm’s management.

Away from the economic impact on Tesla’s capitalization, the company’s CEO, Elon Musk, has faced backlash from disgruntled shareholders who accuse him of abandoning the EV manufacturer in pursuit of managing Twitter (NYSE: TWTR). In recent months, it has been perceived that Musk has focused more on running his new acquisition, with Tesla shareholders calling for a full-time CEO. In this line, Musk announced he plans to step down from the Twitter role once he finds the right replacement.

Before acquiring Twitter, it is worth noting that Tesla stock suffered downward pressure as Musk aggressively moved to offload his stake in a bid to finance the $44 billion social media platform acquisition. In the meantime, Musk has claimed he will no longer sell his stock for at least two years, citing an upcoming recession in 2023.

Interestingly, Musk appears to disagree with the view that his Twitter role has hampered containing the free flow of Tesla stock. Musk stated that money moving out of stocks is due to interest rates.

Consequently, the plunging Tesla valuation will likely threaten the firm’s position as the leading EV seller, considering competitors are moving to offer various affordable alternatives. Based on this threat, Tesla has unveiled several incentives in a bid to lure buyers. For instance, the Texas headquartered company announced it would offer $7,500 discounts on Model 3 and Model Y vehicles delivered in the United States in December.

Furthermore, Tesla is still facing uncertainty moving into the future, especially in the Chinese market. Reports emerged that Tesla plans to cut shifts in its Shanghai production plant, delaying hiring and slashing production at a period local EV manufacturers are also stepping up, offering formidable competition to Tesla.

Elsewhere, China is also undergoing an economic slump triggered by renewed coronavirus containment measures. Although authorities are moving to lift the containment guidelines, uncertainty around the health situation could spell trouble for Tesla. Amid the prevailing conditions, Tesla China’s production has exhibited resilience, recording several milestones. For instance, Tesla delivered a record number of China-made EVs in September 2022. 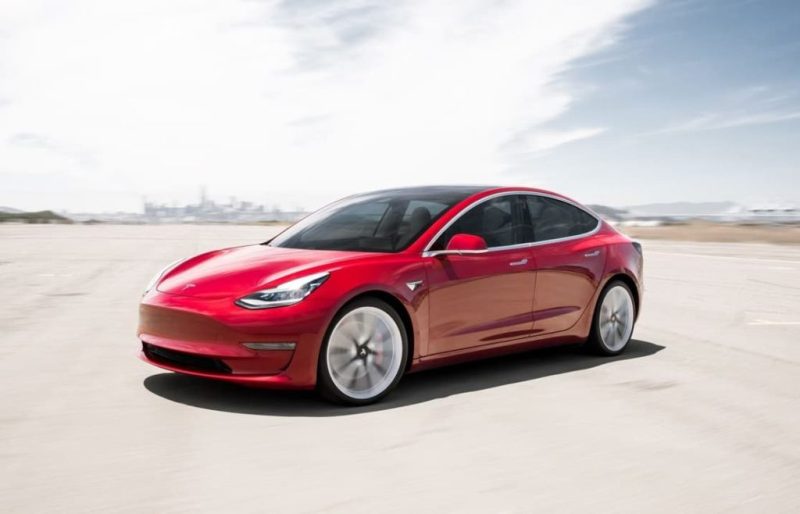 PrevPreviousBOMBSHELL on the TGA Agilent Analysis of Batches on the TGA Death Log!
Next“You’ll Own Nothing and be Happy” is Not Just a Conspiracy Theory. People Need to Care More About their Ownership RightsNext