As the world knows by now, Elon Musk is purchasing Twitter for roughly $43 billion, taking the company private. Importantly, he will also be taking control away from the woketard lunatic tyrants who have been running Twitter for the last decade, banning all conservative or Christian speech while pretending to be “inclusive” and “tolerant.” 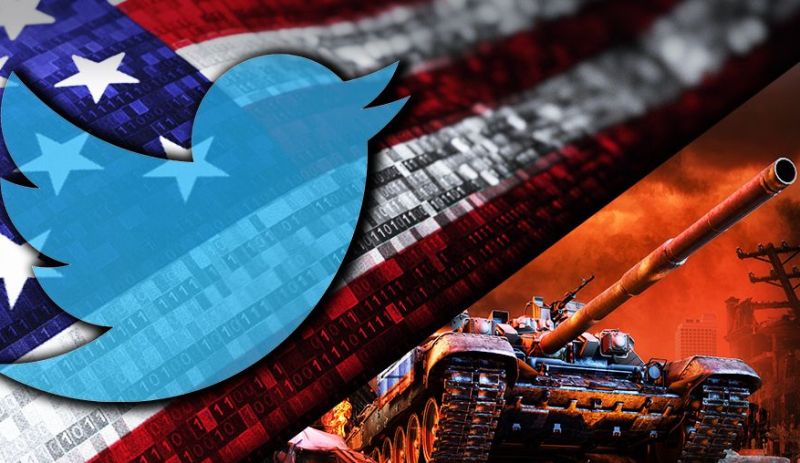 Steve Stojanovich
Who cares what politico writes, and who cares about the AZOV Nazis? If the ukes had any brains they would have overthrown zelensky. Russia is liberating Ukraine from cia death labs and NAZIS.

Maka’ala Stone
Aloha from the Island of Maui, SMK!
Satan has perverted the Truth, so that will give you a clue who is behind this global onslaught of evil! Its physical manifestation is headed by the Papacy and its Jesuit henchmen! Peel of the mask, and do the research for yourself! As Jesus said, “…seek, and you shall find, knock, and it shall be opened to you!” “And you shall know the Truth and the Truth will set you free!” Feel free to “reply” if you want.

Kirk Patrick
So, you want to make money DE-flate? GREAT! So we end Section 8, EBT, SNAP, Obamacare and free college.

Steve Stojanovich
WELL SAID Re WHO and UN. ABOLISH THEM! They have ben corrupted by Gates, Fauci, Rockefellers and others. WHO is signing agreements with NWO governments stating the WHO HAS AUTHORITY OVER ALL.

Cherie
Two spirit is what the Indians referred to as bisexual. I learned that from a lesbian chick at the dog park years ago. I think she was checking to see if I was down with the sickness lol

trid2bnrml
No Mike, what identifying people’s “real name” on twatter will do, just give the libtards an easy way to dox us all. IF users are identified by their real names, THAT INFORMATION SHOULD BE SEQUESTERED AND NOT MADE AVAILABLE TO ANYONE, like our passwords are kept secret, so should our names and personal info.This is where we’re at now.

CampingMom
There is going to be huge demand for Immigration to non NWO country’s… Canada is not that place… Looking for ideas!

Splish_Splash
Mike that one quote of yours is one of the best I think I have ever heard ~ FREEDOM IS MESSY! I am going to have to meditate on that one!