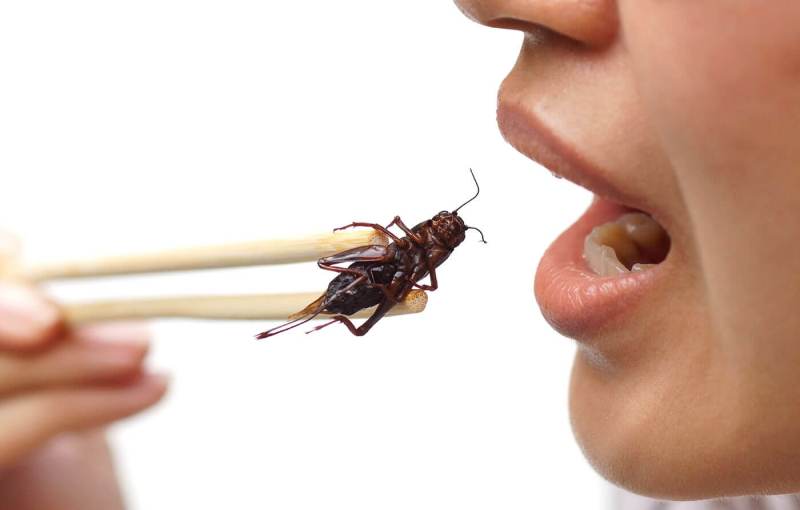 Mr. Mediocre Gamer
Here’s the thing, anyone in the 1% will not be eating bugs. But if they make us do it then they can justify “doing their part for the world” and congratulate themselves by eating real meat.

ArnieS1984
‘To be absolutely clear, we are not trying to persuade children to switch from meat to things like edible insects.’
No, of course not! We trust you!

ArnieS1984
When I was at school in the 90s, they made a point of teaching us to think for ourselves and generally protected their students. Nowadays, the schools teach you what to think and parents have to protect their children from the school!

Whatever Man
They have convinced an awful lot of people the weather is our fault.

al
Personally, what I think is the most disturbing part of this, is researchers saying that kids have the “power of pester” and as a result can act as “great agents of dietary change”. As a mother/father it is your job to control your child, not the other way around. Many people in today’s world can’t seem to understand this basic concept. The lack of discipline and guidance from parents is one of the reasons so many kids are now obese or changing their gender. Researchers see this problem, and are taking full advantage of it to push their agenda.

Itsme Alex
The reason vertebrates outcompeted insects is that the way insects breath is much more inefficient and they couldn’t grow larger because there simply was not enough oxygen. So they’re not only gross but they also produce more CO2 in relation to the size of their bodies.

VeritasIncrebresco
Lift weights, eat clean, save money, learn survival skills, self reflect, make babies and home school. Only way we get out of this mess, boys.

MrGlobbits
They know exactly what they’re doing, making kids do this first. Any adult would tell them to shove it where the sun never shines. If I was Welsh and knew my kid was one of the ones having to do this, I’d make sure to tell them to have a really bad reaction.

PrevPreviousThis Was the Moment That Africa Did Us All a Favour by Blocking the So Called WHO Pandemic Treaty Until at Least 2024
NextUK Jab Injury – Felicity, From UKNext