It was designed to be impossible to meet. I’ll expose the tricks they used here since nobody else has. The people behind these challenges are untrustworthy.

Dr. Sam Bailey posted a “Settling the Virus Debate” document on her website. She claims this is the penultimate experiment to prove whether virology is a hoax or not.

This is a completely disingenuous challenge. It is designed to be impossible to complete so that the proposers can claim victory.

We have 100 years of scientific evidence that is all consistent with what virology teaches. It is ridiculous to say we need one more experiment and the results of that one experiment can prove that virology is a hoax.

In order to prove that virology is a hoax, they must propose an alternative hypothesis that explains the data that is ALREADY on the table better than virology.

They completely fail to do that.

They claim soda can cause COVID, smallpox, influenza, and other diseases. This is ridiculous. SARS-CoV-2 has a furin cleavage site that is human engineered. You can’t explain how it suddenly appears in millions of people by saying it is caused by 5G.

Anyone promoting this scam is spreading misinformation.

Here’s the challenge which is purported to settle the issue as to whether the virus exists:

The challenge has been ignored by the scientific community because it is considered to be a waste of time that proves nothing. That’s why nobody on our side has written a critique of how silly it is.

But since some of my followers think it is legit, I’m going to explain how ridiculous the challenge is.

But it’s important to point out some of the ways they set it up for failure in order to accomplish two things:

Some of the flaws in their “Settling the virus debate” proposal

There are so many flaws, I’m just going to list the biggest ones:

I could go on, but I hope you get the idea.

Do we need another experiment?

Someone asked, “Aren’t there experiments that can be designed to provide proof/evidence?”

I’m sorry, but that is a ridiculous question. We have PLENTY of evidence on the table: over 100 years of scientific observations. They are all consistent with the virology theory. We also have isolation of bacteriophages which are viruses. We don’t need any more evidence.

Are there mysteries that virology cannot explain? For example, my wife comes home and I’m not infected. She shakes my hand and my COVID antigen test goes positive with a strong T line within 5 minutes after the handshake. This is impossible based on virology. And guess what? Yup, it has NEVER happened in real life (or when it does it likely happened because I had gotten the same virus from someone else days earlier)

So we don’t have viral mysteries we cannot explain. Not a single one!

Furthermore, it is preposterous to assert that if you cannot perform ONE proposed experiment to THEIR satisfaction (which they totally control), that it will overturn all other observations.

If someone wants to challenge the status quo, they better damn well come in with an alternate hypothesis that can fit all the observations better than virology. Saying that a 29K nt sequence can be caused by “fast food” or “pollution” is ludicrous. But that’s what they assert! Watch this video at 1:32 to see how ridiculous the alternate hypothesis they propose here.

Folks, the SARS-CoV-2 genome was never seen until just recently. They have never shown a BLAST search showing the gene sequence existed until recently.

Here’s their list of what is causing COVID which is a NOVEL disease:

Can you find a single item on this list that explains why we started seeing this genome take off in 2020? All of these things listed have been around for decades. But that is their best counter hypothesis to explain the 29K long unique gene sequence of SARS-CoV-2.

And how do they explain the presence of the furin cleavage site in the SARS-CoV-2 spike protein? We’ve never seen that before. It can’t happen in nature as far as we know (nobody has explained a pathway)! It has to be genetically engineered by humans engaged in Gain of Function research. Which is what they did in Wuhan which is where it broke out.

This is why they won’t debate us. Because on that one point alone, they lose instantly.

In short, we have plenty of evidence on the table… 100 years worth. If Lanka wants to explain that the observations are better explained by an alternate hypothesis, I’m all ears. Let’s start with the furin cleavage site.

But this challenge is dumb and anyone who signed on to support it should be ashamed of themselves.

They have already lost. Patrick Gunnels admitted that bacteriophages have been isolated. They are viruses.

Someone from “their side” already admitted that viruses exist.

Patrick Gunnels, admitted on video (watch at 59:00) that bacteriophages have been isolated. Shortly after I pointed out in an email to him that bacteriophages are viruses. I asked him to respond, but he said only in a live stream. Wow. I said to send me a written document first explaining his argument. He refused. Then, all of a sudden, without warning, I became a bad person and he requested I stop communicating with him. So ad hominem attacks are used to provide an excuse for avoiding scientific debate. Isn’t it strange how I became a bad person at the moment I asked for written scientific proof of his ridiculous claim that bacteriophages don’t replicate because nobody has seen them do it. He just needed to explain how they replicate. Patrick’s argument is that if you can’t directly see it, it doesn’t exist (even when there is no other explanation).

Christin Massey employs the same technique, e.g., when the going gets tough, she resorts to using personal attacks and that I’m a bad person.

Her reasons for not accepting my $1M bet are disingenuous, just like the “virus debate” challenge. The $1M bet term sheet clearly says the parties are not required to talk to each other and all the negotiations will be between the lawyers and all discussions are in front of the judges. She doesn’t have to talk to me at all.

Other documents I’ve written about this topic

So you can see, I’ve not avoided the topic, but at this point, I’ve made my case and you are welcome to your opinion.

At this point, if you want to change my mind and show the world I’m wrong and become $1M richer, this is your chance. There are three bets currently active.

I guarantee you there are no tricks. If I wanted to bet that gravity doesn’t exist, I’d be drowning in acceptances. People don’t accept because they don’t believe they can convince a neutral panel of experts they select that they are right.

I’ve spent hours on this to give the virus deniers the benefit of the doubt. It took a long time for me to finally discover their alternate hypotheses (thank you Alec Zeck for exposing this) because they would never tell me their better explanation. As soon as I saw that slide, it was over for me.

I won’t be spending any more time on this nonsense including responding to any comments (I may make a few exceptions). I’ve already responded to hundreds of comments on this topic (when you combine this article with my other articles listed in the “Other documents” section above). See all the responses there. So I’m not running away from questions, it’s just silly to debate this any more. It’s beating a very dead horse. It’s a rat hole with no bottom.

My three $1M bet offers still stands. If anyone wants to accept any bet, I promise we will get to a definitive agreement very quickly on my side. I’m anxious for this to be settled ASAP by expert scientific judges and expert scientific testimony. So if you’re sure there is no virus, this is a quick million bucks. 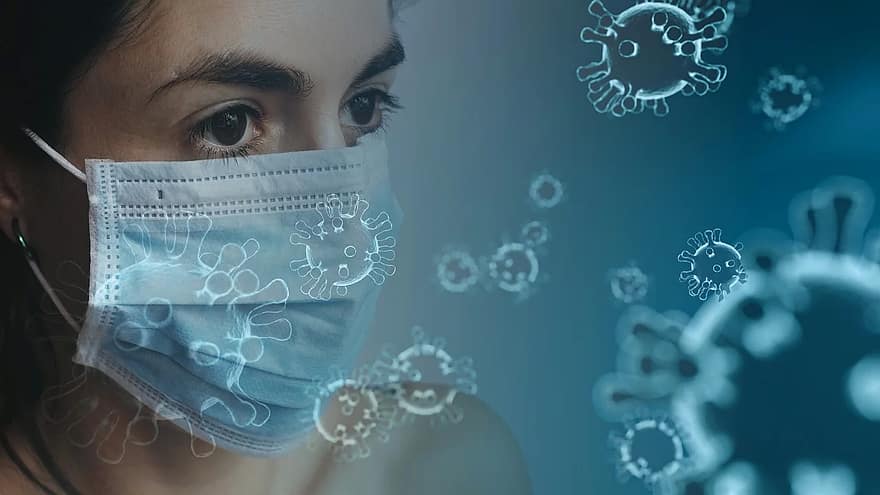