The U.S. Supreme Court will likely have the last say on the Biden administration’s COVID vaccine mandates for businesses and healthcare workers, the latest round of court rulings suggest.

Business organizations and other groups on Monday requested an emergency stay from the U.S. Supreme Court to block Biden’s vaccine mandates for businesses with 100 or more employees.

The emergency request followed a Dec. 17 federal appeals court ruling striking down an injunction issued Nov. 12 by the 5th Circuit Court and reinstating the vaccine and weekly testing requirement for private businesses.

Both cases now appear to be headed to the Supreme Court.

In a third ruling, on Dec. 20, a federal judge in Missouri issued a temporary injunction, freezing the Biden’s vaccine mandate for federal contractors in 10 states.

The mandate was frozen Nov. 12 following a 5th Circuit Court ruling. The court issued this ruling after disparate lawsuits challenging the mandate were combined, with the 6th Circuit selected to hear the case via a random drawing.

Almost immediately following the 6th Circuit’s ruling, petitions were filed with the U.S. Supreme Court, requesting an emergency stay to block the mandate.

Several state attorneys general, including those of Texas, South Carolina, Missouri and Arkansas, said they would appeal the decision to the U.S. Supreme Court.

The 6th Circuit characterized the economic assertions of the businesses and industry groups as “speculative.”

Following the Dec. 17 decision reinstating the mandates, OSHA announced a six-day “grace period” past the original Jan. 4 deadline for compliance with the mandate.

Citations for testing requirements will not be issued until Feb. 9, for businesses making a “good faith” effort to enforce the rules.

The 6th Circuit had previously rejected a request for the case to be heard “en banc” — before the full court. A majority was required, but the full court voted 8-8 on the issue.

The Supreme Court could issue an emergency stay pending a final decision on the employer mandates.

The Biden administration has until 4 p.m. Dec. 30 to submit its responses, mere days before the mandate’s Jan. 4 deadline.

The Centers for Medicare and Medicaid Services (CMS) on Nov. 4 announced a mandate requiring nearly every employee, volunteer and third-party contractor at hospitals that participate in federal health programs to receive their first dose of the COVID vaccine by Dec. 6 and to meet the Jan. 4, 2022, deadline for both doses.

In response to a lawsuit filed Nov. 10 by a group of 10 states, U.S. District Court Judge Matthew Schelp on Nov. 29 issued a preliminary injunction freezing the mandate.

Judge Schelp’s ruling was followed by a Dec. 1 injunction issued by U.S. District Judge Terry Doughty, freezing the mandate for healthcare workers nationwide. The ruling came in response to a lawsuit filed by 14 states, led by Louisiana.

In the latter ruling, Doughty wrote:

This decision was then upheld on Dec. 13 by the 8th Circuit Court, which continued to block the Biden administration’s mandate in 10 states.

After the U.S. Department of Justice challenged the injunction, the 5th Circuit Court on Dec. 15 issued a mixed decision, upholding the injunction in the 14 states that were part of the Louisiana lawsuit, but lifting the nationwide injunction.

The decision cast doubt on the rationale which served as the basis for freezing the mandate nationwide. However in characterizing the matter as an “issue of great significance currently being litigated throughout the country,” the judge hinted at the strong likelihood the case would reach the Supreme Court, where it ultimately would be decided.

This ruling does not affect the separate 8th Circuit decision upholding the mandate in 10 states. As a result, the injunction against Biden’s healthcare mandate remains in place in a total of 24 states.

Adding to the legal tangle, a federal court in Missouri on Tuesday issued a preliminary injunction blocking enforcement of Biden’s vaccine mandate for federal workers.

“It will not harm the federal government to maintain the status quo while the courts decide the issues of the President’s authority and the implications for federalism. The Court concludes that, on balance, consideration of the harms and the public interest weigh in favor of a preliminary injunction.”

This injunction overlaps with an existing injunction against the mandate for federal contractors, issued Dec. 7, that is in effect nationwide.

A third injunction against the federal contractor mandate, issued Nov. 30, blocks its enforcement in three states: Kentucky, Ohio, and Tennessee.

The flurry of recent court rulings, rather than settling the legal questions at hand, appear to have created further confusion.

As reported by the New York Times, employers, some of whom began lifting their own vaccine mandates recently, are “struggling to figure out what to do as legal battles and rising COVID cases complicate their plans.”

It is uncertain whether the Supreme Court will issue an emergency stay. As previously reported by The Defender, the court may opt to directly proceed with full hearings for these cases, and this may be why it has not granted similar requests in other recent mandate-related cases arising from Maine and New York.

The potential advantage of such a move by the Supreme Court, from the perspective of those opposing the mandates, is that a decision striking down the mandates would then be on the record and act as legal precedent.

The Maine and New York cases pertain to state-level mandates. Some legal experts, however, feel that the Supreme Court may treat cases relating to the Biden administration’s mandates differently.

According to Jed Rubenfeld, a Robert R. Slaughter Professor of Law at Yale Law School:

“The federal mandates differ in one important respect because they raise the issue of whether federal administrators have exceeded their lawful, constitutional authority in imposing these mandates. That’s a different question from whether the mandates violate people’s constitutional rights.”

The emergency appeals filed in the business mandate case may be referred by Justice Kavanaugh to the full court for a decision, likely to be delivered prior to Jan. 10, the day enforcement of the mandate is slated to begin.

Should a stay be issued, the 6th Circuit may be obliged to issue a ruling on the merits of the case. It is likely that decision would be appealed to the Supreme Court for a full hearing, likely occurring later in 2022.

It remains unclear what other legal recourse, if any, businesses and employees affected by the mandates would have if a stay is not issued in the interim.

Further injunctions may follow, while OSHA regulations may allow some leeway to states.

With many other mandate-related cases weaving through the legal system, it remains to be seen whether they will ultimately all end up in the Supreme Court and whether they will be heard as one case or several — and if ultimately, mandates may be upheld for certain categories but not others.

One likely outcome is that emergency stay appeals and the various cases before the circuit courts will continue to proceed separately, but once the Supreme Court hears these cases on their merits, decisions may come out in a coordinated fashion.

The Brownstone Institute characterized the 6th Circuit court decision overturning the employer mandate injunction as “chilling,“factually questionable,” as smacking “of ideological bias” and one that is “an announcement not of law but panic.”

As the Institute further argued, “[w]e are unaware of a single business in America that ‘turned to’ OSHA with that question: what should we do?,” adding:

“[I]t will be many years before we can fully sort out precisely the number of people who died from as versus with Covid … Regardless, the presumption of liberty embedded in the American system was never made contingent on pathogenic mortality data.”

The 6th Circuit dismissed the arguments put forth by various states, businesses and industry groups against the mandate as “speculative.”

Yet the 6th Circuit, justifying its decision to lift the injunction on the mandate, definitively stated “the ‘old normal’ is not going to return.” This would also appear to be a speculative assertion on the part of the court.

In addition, one can ask on what basis the 6th Circuit based its determination that employees are in grave danger without such a mandate in place, due to the spread of the Omicron variant.

This would also appear to be speculation, in light of indications that hospitalizations are plummeting in regions where the Omicron variant was first identified.

Some U.S. states which appear to be most successfully limiting the number of COVID-related cases and deaths are those with the loosest restrictions, including Florida. However, it is unclear whether the court considered that evidence. 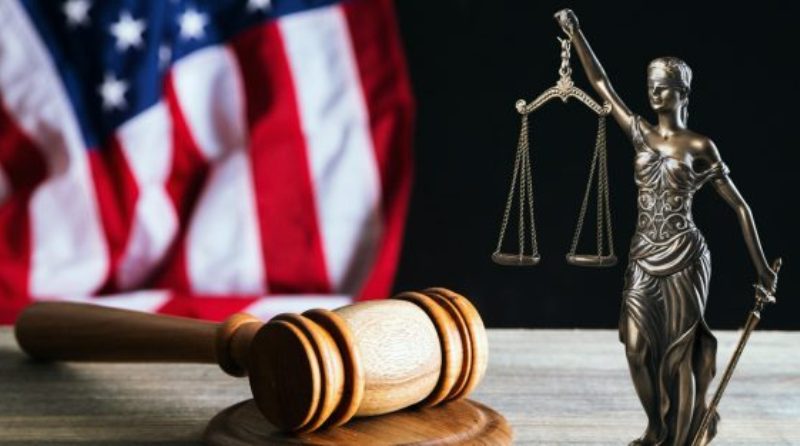