– Bitcoin has risen nearly 70% since the start of 2021, driving the entire crypto market to a combined $2 trillion in value.

– Some experts believe bitcoin is due for a sharp decline in the coming months.

All things considered, bitcoin has had a pretty good year. The digital currency is up nearly 70% since the start of 2021, driving the entire crypto market to a combined $2 trillion in value.

It’s a year that’s seen the first major crypto company go public with the debut of Coinbase in April, increased participation from Wall Street banks like Goldman Sachs, and the approval of the first U.S. exchange-traded fund linked to bitcoin.

However, heightened regulatory scrutiny and intense price fluctuations have dampened bitcoin’s prospects lately. And experts warn the market could be heading toward a downturn.

With next year already looking like another roller-coaster period for digital currencies, CNBC takes a look at analysts’ biggest predictions.

Some experts believe bitcoin is due for a sharp decline in the coming months.

The cryptocurrency surged to a record high of almost $69,000 in November. It’s now sitting below $50,000, down almost 30% from its peak. Wall Street wisdom defines bear markets as a decline of 20% or more from recent highs, but it’s worth noting bitcoin is notorious for its volatility.

Carol Alexander, professor of finance at Sussex University, said she expects bitcoin to tank to as low as $10,000 in 2022, virtually wiping out all of its gains in the past year and a half.

“If I were an investor now I would think about coming out of bitcoin soon because its price will probably crash next year,” Alexander said. Her bearish call hinges on the notion that bitcoin “has no fundamental value” and serves as more of a “toy” than an investment.

Alexander warned of history repeating itself. In 2018, bitcoin tumbled close to $3,000 after climbing to a high of nearly $20,000 a few months earlier. The cryptocurrency’s backers often say that things are different this time, as more institutional investors are jumping into the market.

A common investment case for bitcoin is that it serves as a hedge against rising inflation caused by government stimulus. Lowenstein said there’s a risk that a more hawkish Federal Reserve may take the wind out of bitcoin’s sails.

“Goldilocks conditions are ending and the liquidity tide is receding which will disproportionately harm overvalued asset classes and speculative areas of the market including cryptocurrencies,” he said.

Still, not everyone is convinced the crypto party will end in 2022. “The biggest risk factor, namely [quantitative tapering] by the Fed, has been decided and likely priced in already,” said Yuya Hasegawa, crypto market analyst at Japanese digital asset exchange Bitbank.

A big development crypto investors are on the lookout for in 2022 is approval of the first spot bitcoin exchange-traded fund in the United States.

Although the Securities and Exchange Commission greenlighted the launch of ProShares’ Bitcoin Strategy ETF this year, the product tracks bitcoin futures contracts rather than giving investors direct exposure to the cryptocurrency itself.

Futures are financial derivatives that oblige an investor to buy or sell an asset at a later date and for an agreed-upon price. By tracking futures prices instead of bitcoin itself, experts say, ProShares’ ETF could be too risky for novice traders, many of whom are invested in crypto.

“The Bitcoin Futures ETF that launched this year has been widely regarded as not very retail-friendly given the high costs involved of rolling over contracts which amounts to around 5-10%,” said Vijay Ayyar, vice president of corporate development and global expansion at crypto exchange Luno.

“Increasing pressure/evidence… points to a Bitcoin Spot ETF being approved in 2022 mainly because the market is now large and mature enough to support one.”

Grayscale Investments has filed to convert its bitcoin trust, which is the world’s biggest bitcoin fund, into a spot ETF. And there are plenty of other bitcoin ETF applications waiting in the wings.

As the crypto industry has evolved, bitcoin’s share of the market has waned, with other digital currencies like ethereum playing a much larger role. This is something analysts expect to continue into next year, as investors increasingly look to smaller pockets of crypto in the hope of big gains.

“As retail investors begin to realize the dangers of trading bitcoin, especially on unregulated venues, they will switch to … other coins belonging to blockchains which actually serve an essential and fundamental role in decentralized finance,” she said.

“This time next year I predict that bitcoin’s market cap will be half the combined cap of smart contract coins” like ethereum and solana, Alexander added, “or even less.”

Emerging crypto developments such as decentralized finance and decentralized autonomous organizations are “likely to be the highest growth areas of crypto,” said Bryan Gross, network steward at crypto platform ICHI. DeFi aimsto recreate traditional financial products without middlemen, while DAOs can be thought of as a new type of internet community.

Total money deposited into DeFi services surpassed $200 billion for the first time this year, and experts project demand to grow further in 2022.

DeFi is part of a broader trend in tech known as Web3. The Web3 movement calls for a new, decentralized iteration of the internet encompassing blockchain and cryptocurrency technologies such as nonfungible tokens. It has already found skeptics in the likes of Elon Musk and Jack Dorsey, however.

‘A big year on the regulatory front’

Regulators flexed their muscles on cryptocurrencies this year, with China completely banning all crypto-related activities and U.S. authorities cracking down on certain aspects of the market. Analysts widely expect regulation to be a key issue in 2022 for the sector.

“2022 will be a big year on the regulatory front, no doubt,” Luno’s Ayyar said. “The interest from various governments, and especially the U.S., to bring regulation into the crypto space has not been higher.”

Ayyar said he expects to see some clarification on the legal “gray zone” of cryptocurrencies other than bitcoin and ethereum, which the SEC has said are not securities.

Blockchain company Ripple is locking horns with the U.S. watchdog over XRP, a cryptocurrency it is closely associated with. The SEC alleges XRP is an unregistered security and that $1.3 billion worth of the tokens were illegally sold by Ripple and two of its executives. For its part, Ripple says XRP should not be considered a security.

Experts say another key area regulators will likely focus on next year is stablecoins. These are tokens whose value is tied to the price of existing assets like the U.S. dollar. Tether, the world’s biggest stablecoin, is particularly controversial as there are concerns about whether it holds enough assets in its reserves to justify its peg to the dollar.

“Undoubtedly more scrutiny is forthcoming around stable coins as regulators look under the hood on the soundness of the underlying collateral and amount of leverage deployed,” said Lowenstein.

“People remember all too well when the collateral behind the housing and mortgage crises became suspect and risk appetites repriced aggressively.”

Meanwhile, regulators have also begun scrutinizing the DeFi space. Earlier this month, central bank umbrella group the Bank for International Settlements called for the regulation of DeFi, saying it’s worried about services marketing themselves as “decentralized” when that may not be the case. 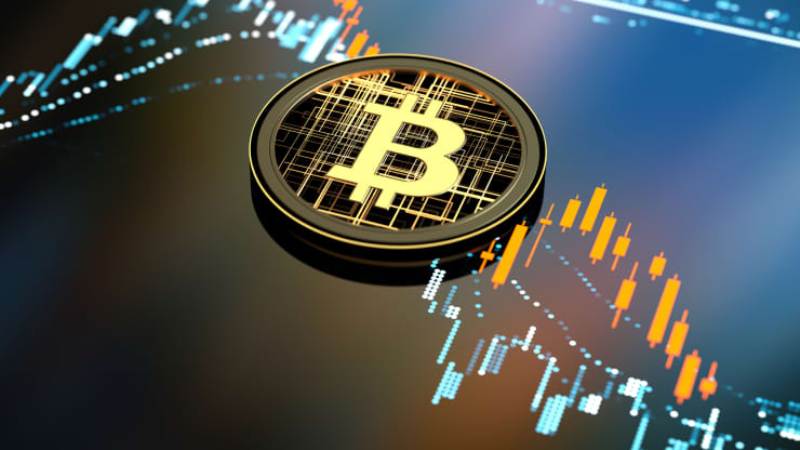 PrevPreviousFauci Says That Americans Will “Just Have To Deal With” the Prospect of Getting More Coronavirus Booster Shots. When Will People Say Enough!
NextBiden Pick for FDA Chief Holds Millions in Big Pharma InvestmentsNext