And some gamers are peeved.

On one side of the argument are crypto investors and observers heralding the move as a bellwether of things to come: The integration marks the first time a mainstream video game is adding NFTs to its in-game economy. The ability to own and sell digital goods outside the walled garden of a given title has long been a holy grail for crypto-minded gamers. 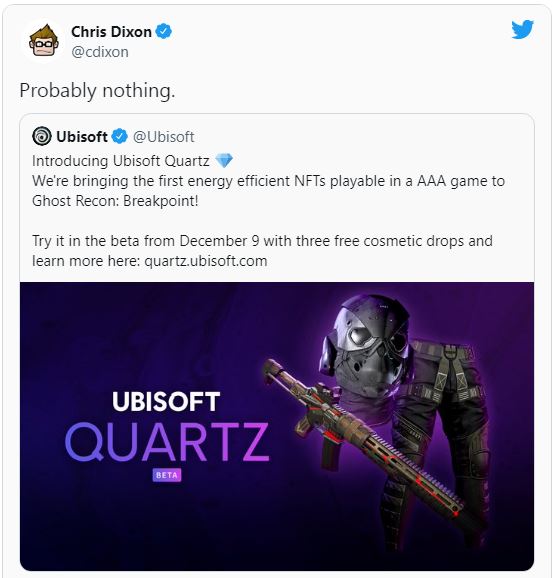 On the other side of the aisle are mainstream gamers wary of what that bellwether may really entail. As one gaming outlet put it, “Letting this slide is just the tacit endorsement the rest of the industry needs to nosedive into full-time crypto nonsense.”

The integration itself will be done through Ubisoft Quartz, a platform that allows players to earn “Digits,” which are in-game collectibles expressed as NFTs.

The NFTs will live on the Tezos blockchain, which – seemingly in a bid to stave off the worst of the online commentariat – Ubisoft touted as using “exceedingly less energy to operate than proof-of-work blockchains such as Bitcoin or Ethereum.”

(As we saw with a literary-minded NFT drop that was recently scuttled after fierce backlash from “Book Twitter,” those appeals to proof-of-stake’s energy savings did not pacify the online mob.)

Ubisoft Quartz will launch on Dec. 9 in the U.S., Canada, Spain, France, Germany, Italy, Belgium, Australia and Brazil. The company is releasing three collections of Digits for free to reward the platform’s early adopters.

Invest in a new global currency Our World Coin that is built to free humanity. Our World Coin is initiative by the people for the people, a force for good & a peaceful revolution, to remove the corrupted Globalist’s control over our nations. For more details, visit https://www.ourworldcoin.org/ 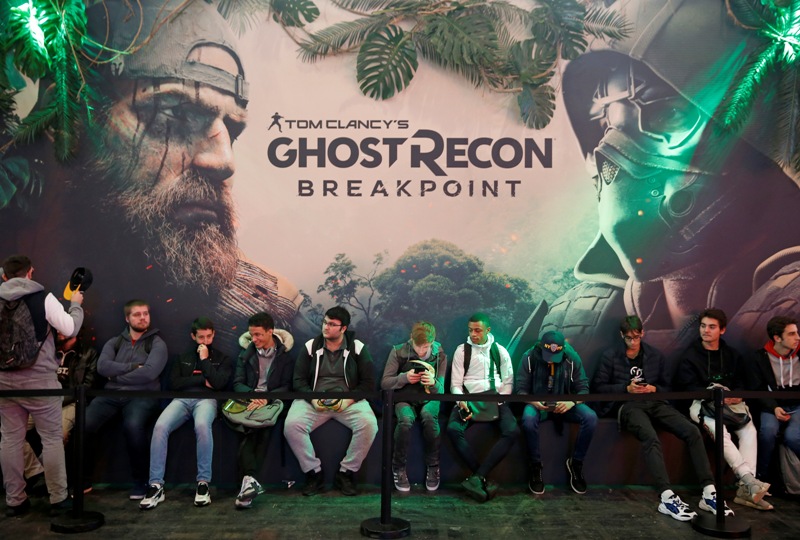 PrevPreviousDid The Global Elite Meet In Antarctica
NextA Funeral Diretor in the UK, Says He Has Seen More Heart Attack Deaths This Year Alone, From the JabNext