The famed fund manager had invested heavily in bitcoin in his funds before.

Market-beating fund manager and billionaire Bill Miller is so bullish on bitcoin that it and investments tied closely to the crypto now represent 50% of his personal assets, he revealed in a video interview with WealthTrack published on Friday.

Miller, who gained fame for beating the S&P 500 index for a record-breaking 15 years in a row from 1991-2005 as a fund manager at Legg Mason, has previously invested heavily in bitcoin in funds that he managed, but his revelation about his personal portfolio was new.

Miller said he personally started buying bitcoin at around $200 in 2014 after hearing a talk by Wences Casares, known as the “Patient Zero” of bitcoin for introducing it to Silicon Valley circles, at the annual Sun Valley media and tech conference.

He bought some more bitcoin over time, but then didn’t buy it for years, until last year when the price hit new highs and then started to fall sharply, and he thought it was a good time to buy the dip. Miller started buying again at $30,000, down from its high of just under $69,000, reasoning that there were a lot more people using it, not to mention that venture capitalists and others were investing in it.

Miller noted that a part of his personal bitcoin investments was in companies tied closely to its price, such as bitcoin miner Stronghold Digital (SDIG) and software company MicroStrategy (MSTR), which holds billions of dollars’ worth of bitcoin on its balance sheet.

Miller said he thinks bitcoin is best thought of as “digital gold” with a strictly limited supply and that he’s only recently allowed himself to be called a “bitcoin bull” rather than just a “bitcoin observer” because he feels that it’s now developed into a game-changing technology.

Despite his own heavily concentrated position, Miller’s advice for average investors is to put 1% of their net worth in bitcoin, reasoning that “if you put 1% of your portfolio in it for diversification, even if it goes to zero, which I think is highly improbable, but of course possible, you can always afford to lose 1%.”

His main rationale for that advice is that bitcoin represents a unique investment.

“I think the average investor should ask himself or herself, what do you have in your portfolio that has that kind of track record – number one, is very, very under-penetrated; can provide a service of insurance against financial catastrophe that no one else can provide and can go up 10 times or 50 times? The answer is: nothing.” 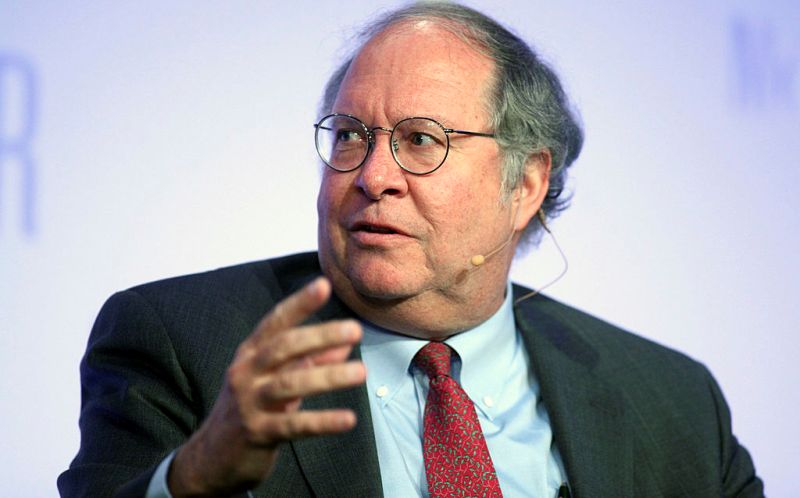 PrevPreviousThings We Have Flattened Since 2020
NextPandemic Simulation Games – Preparation for a New Era?Next