Who is the creator of Bitcoin? The mysterious Satoshi Nakamoto, who has written the Bitcoin Whitepaper, has never been identified. Since 2009, there have been many theories of whom created Bitcoin. Some even think the NSA created it.

1.) They did create part of it for sure

SHA-256 is the secure hashing algorithm which is an essential part of Bitcoin’s architecture. It is an NSA hash function algorithm first published in 2001.

This is a really excellent lecture about SHA-256 and how it is used by the Bitcoin protocol, because it’s very technical (instead of using metaphors to describe how Bitcoin works), and someone who isn’t a computer nerd can take most of it in and understand what he’s saying:

SHA-256 is a set of instructions designed and written by the United States National Security Agency (NSA) that tell a computer to follow a series of mathematical steps with any input, in the form of a string of information of any size.

One thing these steps do to an input every time is compress it into an output that is always a 256-bit value called a hash. The other is encrypt it: The mathematical operations in these steps and the values they use as operands cannot be done in reverse to find the input using the hash.

And the resulting hash appears completely random, but it is the result of a deterministic process that will produce the same hash for the same input every time.

If you have the hash you can verify that someone else has the input value by running it through SHA-256 to see if you get the same hash. This specific hashing algorithm is an essential part of how Bitcoin works, as very eloquently explained by Antonopoulos in the lecture above.

Now, this could be a giant coincidence, but it’s unlikely that it is one. What’s indisputable is that whoever created Bitcoin used “Central Intelligence” in Japanese as their moniker.

Of course, that’s not proof it’s the CIA that created Bitcoin.

It could have been the NSA that named Bitcoin’s pseudonymous creator “CIA” in Japanese as a joke or to throw people off the trail.

Or it’s possible that non-Deep State programmers did this as a joke or a red herring.

3.) How a cryptocurrency benefits the Deep State:

The Deep State would want cryptocurrency to exist. As Bitcoin’s critics like to say, it’s something perfect for organizations that have clandestine operations (like the CIA is known to have).

It’s a way for the Deep State to have a financial infrastructure outside the watchful gaze and control of institutional finance on Wall Street or any other banks on the planet.

The Deep State would have loved to have cryptocurrency back during the Iran Contra affair with Oliver North, the Marine Lt. Col who ran a secret operation (maybe for Ronald Reagan himself) to move money from the Middle East to Nicaragua to financially support Contra rebels.

In this lecture about a cybercrime drama so fantastic it could be a fictional movie plot, a former DOJ cybercrimes prosecutor explains how useful the public record of accounts and transactions on the Bitcoin blockchain is for Deep State police investigating crimes.

The thing about Bitcoin is it’s not private. It’s completely transparent. Every account, and every amount, and every transaction is all available on a giant, public document that is maintained on something like 10,000 different nodes.

On Bitcoin’s blockchain account info doesn’t hide behind a password that only a trusted institutional administrator has–– as with fiat banking. The Deep State, always keen on surveillance, has already made hay of this whether it created crypto or not. 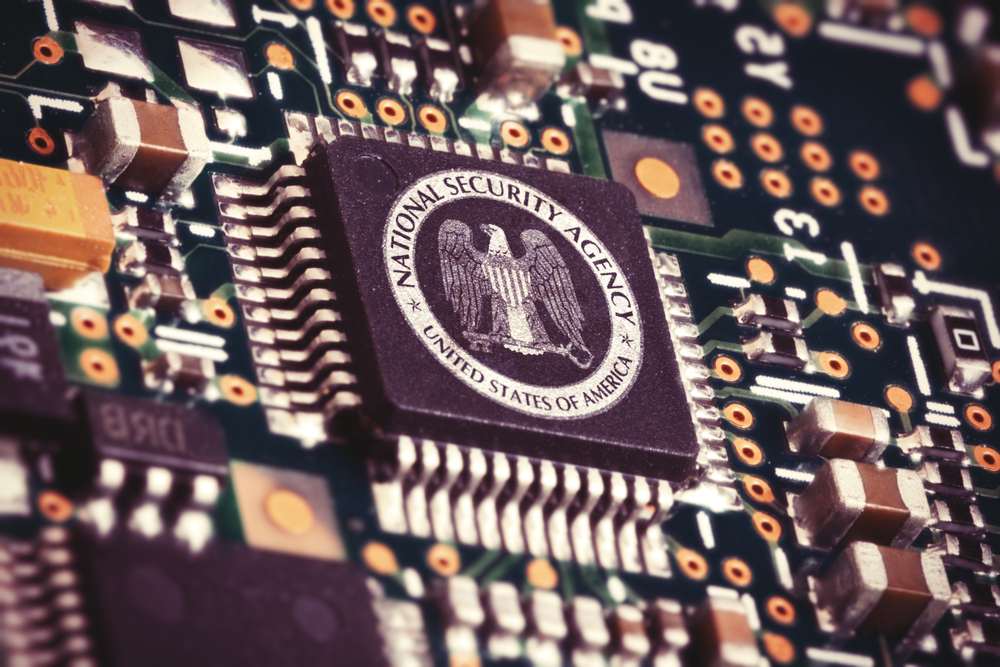