But the CDC says the opposite: that it will protect your baby. They are lying to you once again. They have NO risk-benefit study that was ever done. The CDC is totally irresponsible in their advice.

The data says not to breastfeed: it has killed or seriously injured infants.

But the CDC, without any study whatsoever on the all-cause risk-benefit, says it’s fine. They are irresponsible and wrong.

If you received the COVID vaccine and are breastfeeding your baby, you should stop breastfeeding immediately and read this story now:

This story appeared on September 20, 2022. It was ignored by all worldwide mainstream media. It only recently started getting attention because Dr. Naomi Wolf talked about it.

Furthermore, do not vaccinate your baby

It is well established that the vaccines are unsafe for young adults, no matter how young. Now read this article about babies who have been vaccinated:

Byram Bridle comments about this and describes the mechanism: the vaccine is getting transferred to the infant via breast milk. This isn’t immunizing the child who has a very under-developed immune system. It is doing nothing but harm. 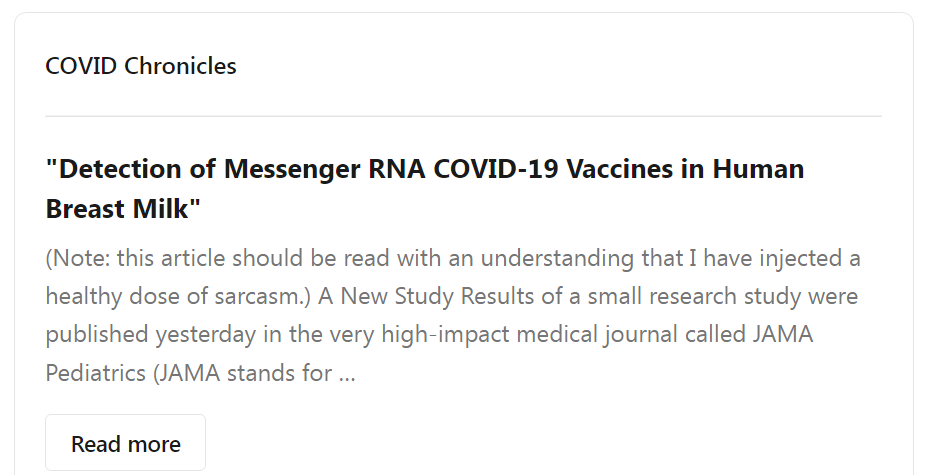 At its core, this new peer-reviewed scientific publication provides clear proof-of-principle evidence that the mRNA from both Pfizer/BioNTech’s and Moderna’s COVID-19 inoculations gets into the breast milk of lactating mothers.

But there’s much more. It’s an excellent article and I highly recommend it. 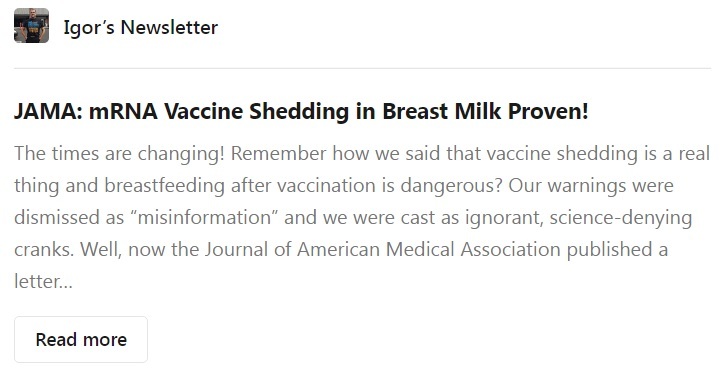 Because infants are smaller, they are most likely much more sensitive to these nanoparticles; that is what you find when other forms of infant deaths and vaccine injuries are studied–the premature/smallest infants have the highest rates of death (as do those who receive more vaccines at the same time).

A century of evidence that vaccines cause infant deaths

Naomi Wolf Discusses Attempt Of The Global Health Community To Cover Up Their COVID Misinformation Sept 28, 2022

A mom in my mother’s group got vaxxed while nursing her 8 month old. Baby broke out in terrible hives and was taken to hospital. The child had been previously healthy. That was over a year ago. Sadly, the baby has spent over a year in and out of the hospital with serious health crises. Now the baby has been diagnosed with juvenile arthritis. Unbelievably, mom won’t see the connection between the jab and what has happened to her child.

Steve…I am hesitant to give too many details but I know of a toddler not quite two years old who died earlier this year suddenly from what has been found to be a very rare and aggressive type of lymphoblastic leukemia. From what I gather she may have still been breast-feeding and mom was a healthcare provider whom was required to take the shots… This was a horrific tragedy and of course there is no way to 100% connect the dots on this one but my gut tells me this was due to the breast milk and her reaction to it. How many people/kids need too die before they stop this diabolical experiment???

A few years ago she also broke the story on the secret Sci-B-Vac experiment approved by the MOH to be conducted on day-old infants in Israel (you’re going to want to be sitting down for this one):

There is one important thing to add in. Breast milk has lipid nanoparticles of microRNA that affects gene expression in infants and the mothers use that to help the babies adapt to the environment. This was a major reason why I felt the claim the mRNA lipid nanoparticles would be unable to affect human DNA (given what natural oral microRNA lipid nanoparticles could do) was not true and also why there would be issues with the vaccines affecting breast milk. Here is one example of an article on the topic: https://www.nature.com/articles/d41586-020-01768-w

Breast milk is an amazing superfood for children, and a lot of vital components go into it that are almost never appreciated by the medical system (so the effects of something like mRNA lipid nanoparticles on it would never be considered). Within medicine, the main focus has always been to just get mothers to stop breastfeeding their babies so more formula can be sold to them, which is sad because so many problems arise from not breast feeding (including being more susceptible to childhood vaccine injuries). I tried to put an article together on all of this and the various scandals that have happened when the formula shortage happened (a lot of it is hard to believe) since I was amazed a lot of women thought their babies would starve if they could not buy breast formula (which is a testament to how much industry has brainwashed people into think infant formula is essential for life)

Nobody should be vaccinated with the COVID “vaccines,” especially kids and mothers who are breastfeeding.

The CDC needs to correct their advice ASAP, before more babies are killed.

But they won’t. They’ll try to discredit all of these reports. They clearly don’t need any scientific studies to back up their recommendations, since there were none.

The good news is that as of Sept 23, Senator Ron Johnson is ahead in the polls and when the Republicans re-take control of the Senate, heads will roll. 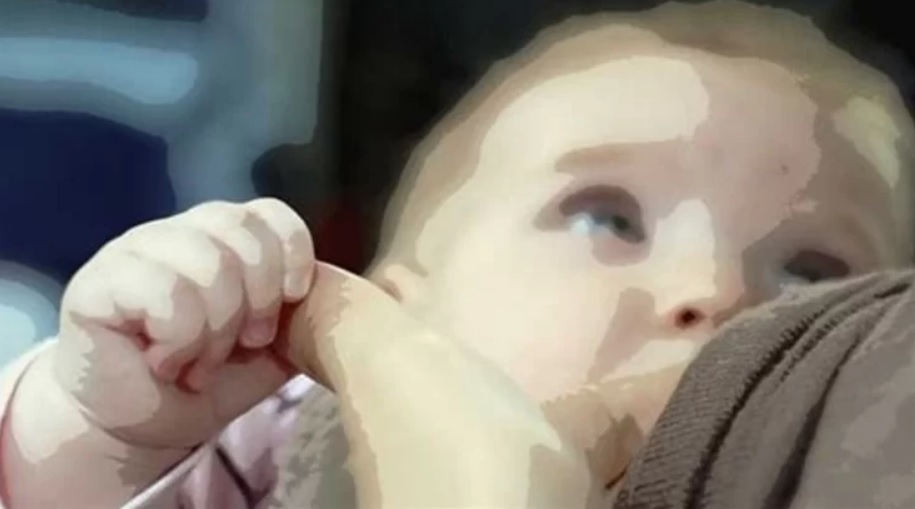 PrevPreviousIf You Think Bitcoin is a Ponzi, What About NFTs?
NextKnowing the West and Deep State Blame Russia for Everything they are Actually Behind, and After the Nord Stream 1-2 Sabotage Most Likely be the West, Who do you think was the Most Likely Culprit of Shooting Down MH17 to Blame and Frame Russia?Next