They told us that the rates of myocarditis from the vax are less than COVID. So explain to me why healthcare providers are seeing >10X cases than pre-COVID and pre-vax?

My survey of healthcare offices showed a huge increase in myocarditis (and other serious side effects) post-vaccine.

I’d like the mainstream media to do the same survey and show us that the opposite occurred.

Last month, I ran a survey of healthcare workers on myocarditis rates pre-COVID, during COVID (but before vax), and post-vax for those under 25.

Here is the result.

Here are the aggregate totals in cases seen per month in those under age 25:

In other words, rates went up by >10X from both pre-COVID rates as well as during COVID (but before vax rollout) based on this survey only.

Comments from the respondents

Here are the raw results and I suggest you read the comments. Here’s one:

I had never seen a case of myocarditis or pericarditis in my prior 5 years of nursing before the vaccine rolled out. This was on a medical surgical unit, we also have telemetry and we’ll take step down overflow.

In addition to that, the rate of other cardiac conditions in those under 30 has absolutely skyrocketed as well. New onset arrhythmias such as atrial fibrillation in very young patients, I’ve seen as young as 19, heart attacks and strokes in sub 30 patients, and quite a few cases of blood clots in very young people that did not also have covid at the time or recently prior to hospital admission.

I now work in an ICU, what I’m seeing now is probably even more startling. The number of cardiovascular events occurring in those under 60 is shocking (of course, obviously these are the types of patients we see in an icu, but what is startling is the relative low age, and the volume in which we see them)

Steve, I am in nursing education after practicing for 30 years. In my practice, I never saw myocarditis in a child or young adult. Since the V, I have seen and heard faculty and students experiencing cardiac failure. Sudden loss of 2 faculty to cardiac arrest during the workday, students experiencing cardiac issues (under age 30), the children of students having cardiac problems, the spouses of faculty having cardiac problems (myocarditis specifically). It’s an every day occurrence in a medium size community college.

Here is the data graphically

Just 32 offices responded to the survey and reported myocarditis rates.

Even though the survey was small, the responses were consistent.

I dare you: fact check me or do your own survey in full public view just like mine

I have contact info on all of my responses so any “fact checker” can verify the entries are legit.

Dr. Eugene Gu said on Twitter Spaces COVID debate yesterday that for every study, there is one that shows the opposite. OK, can someone please show me the public survey done of doctors offices that refutes this survey and shows that the rates went down?

The so-called scientists will attack this survey as too small to be meaningful or biased.

Regarding bias, the survey was open to the public. And people weren’t reporting their PERSONAL results, they were reporting results from their OFFICE.

As far as meaningful, when you have 32 offices responding, and all but one reports an increase in rate, the chance of that happening by pure luck is 1 in 2 billion. Do you think I got lucky?

Furthermore, there was a paper published in a peer-reviewed journal (the Thailand study) which followed 301 teens longitudinally in a prospective study and found that nearly 30% of those teens experienced cardiac injury:

So my results shouldn’t be any surprise at all.

And where is the study of kids pre- vs. post-COVID following the same kids longitudinally like this study showing higher rates of cardiac damage from COVID? Well, there isn’t one.

Aseem Malhotra told me none of the cardiologists in the UK are getting any more shots.

And a former UCSF nurse told me the same about the doctors and nurses at UCSF.

Can you guess why?

It’s a shame that nobody in the medical community has enough intellectual curiosity to run a survey similar to the one I did. It took me only a few minutes to run the survey. It paints a troubling picture.

What the survey shows is four-fold:

I welcome ANYONE to prove me wrong with their own PUBLIC survey like this.

I predict that NOBODY will even try.

And that, my friends, tells you everything you need to know, doesn’t it? 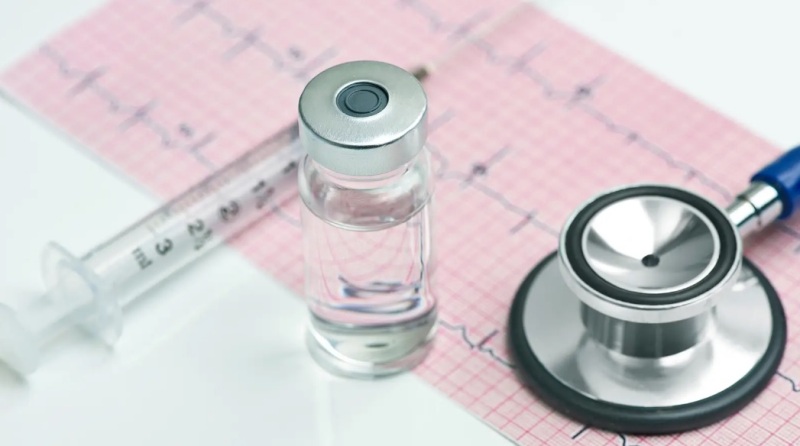